It's An Exhibition! Three Drives (September 2016)

Loud, creative, exciting and immersive! In this special audio commission via the National Youth Council Artist Residency, the children of the Three Drives Resource Centre, Tipperary Town share what their art project is all about. It's their exhibition, and they own it! Art isn't just paint on a canvas, it's thoughts, and ideas, being bold and being proud. The piece was heard for the first time on Culture Night 2016 at the Threes Drives centre. 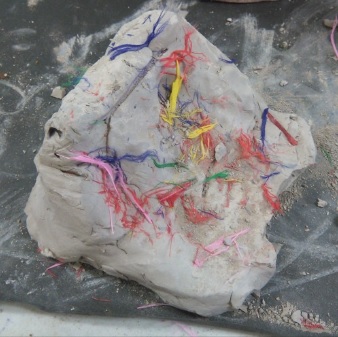 As you listen, you will hear the reactions of the children, as they walk, jump, and race around their exhibition. These moments have been distilled and brought together, giving a short but intense insight into the creativity and energy of the group.

In the making of this audio piece, everything was allowed! Its aim was to capture a true portrait of the group, chatting to the children about their artworks, and what it felt like to take part in the art project. Because of this simple aim, you will hear the sounds of play, laughter, excitement, high energy, interactions, and at times, sheer chaos!

But within this rich cacophony, you will also hear profound moments of reflection and realisation. These young people have been thinking about their own creative abilities, and what appeals to them as artists. Not only this, but, through the guidance of their facilitator, Teresa Normile, they have looked at their own environment and their lives. They have been thinking about what they would like to add to their community, and how they can combat problems they encounter every day, such as bullying.

This powerful aspect of the narrative weaves in and out through the piece, reminding us that the group members are both citizens of Tipperary, with voices and opinions, but also they are children, who just love and need to be creative and wild, and simply have fun!

LISTEN It's an Exhibition!

Using field recordings made by the Grey Heron team, Diarmuid composed live sound design in response to Olwen's compelling reading of this epic new poem published to mark the 100th anniversary of 1916. The performance, hosted by Caoimhe Reidy of the Friar's Gate, took place over 3 hours and was part of a wider exhibition which also included new tapestry work by Deirdre Carr. 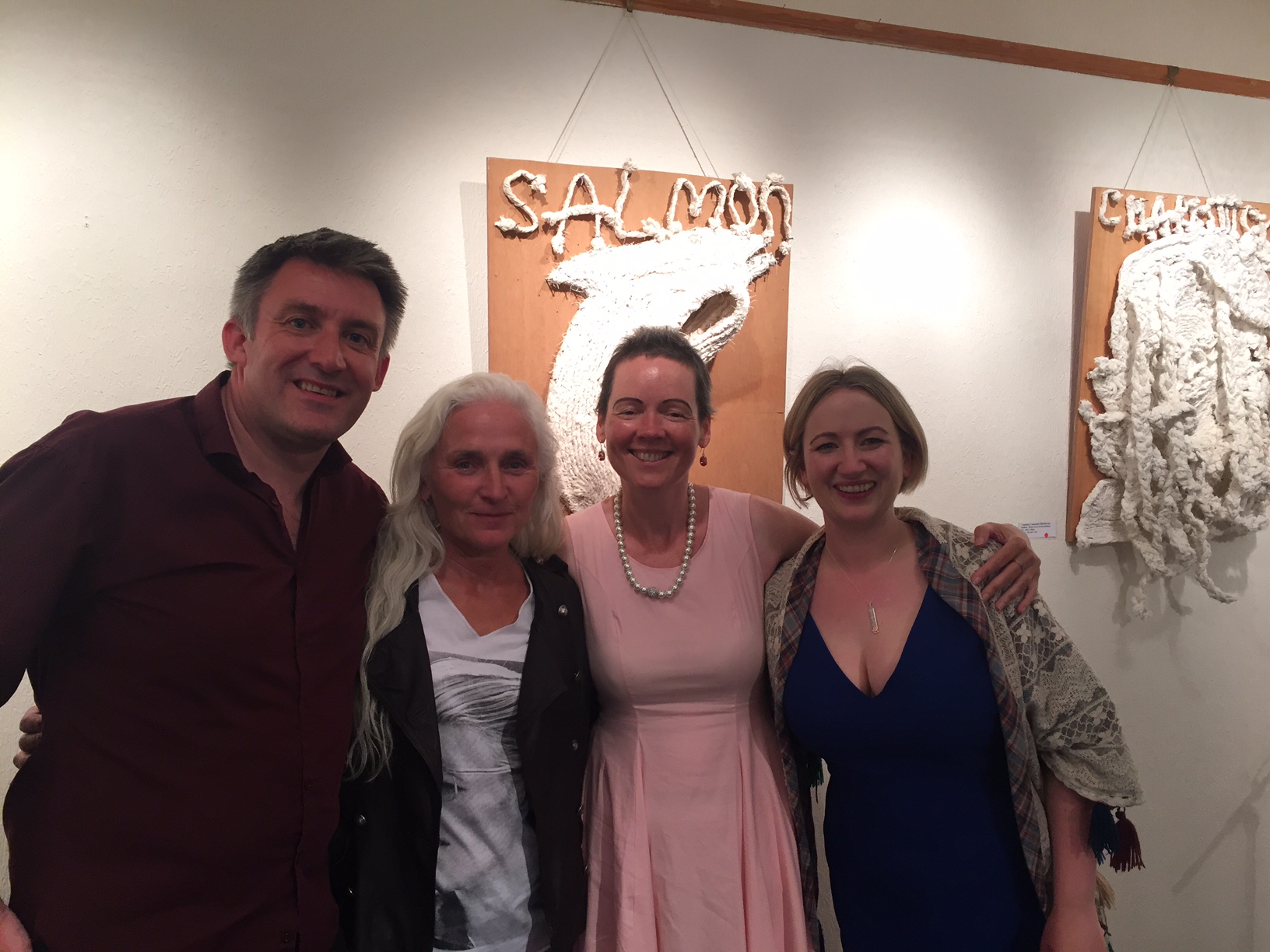 These tapestries will be touring to locations around Ireland in 2016 and 2017 and Grey Heron will be creating a sound installation which will form part of the touring exhibition.

Breaking new ground, Grey Heron's Creative Director Diarmuid McIntyre devised and performed the live Sound Design for the powerful "Voices1916" over seven nights in March. Voices1916 a emotional and unsettling theatre piece built around the last letters that were written by the executed leaders of the 1916 Rising. The sound design was a blend of original music, textures and manipulated recordings which were then performed live in reaction to and in tandem with the powerful stage performances.

Devised in the same creative spirit as Dark Delights which premiered at HearSay2014, Dark Delightful created an astonishing blindfolded blend of live theatre, music from the Resonance Radio Orchestra, song from the Limerick Gospel Choir and creative audio that built through a 30 minute weaving. Bathed in sound, the audience reaction was powerful "an amazing, immersive experience". There were tears of joy in the aftermath; "Dark Delightful was an experience in particular I will never forget". 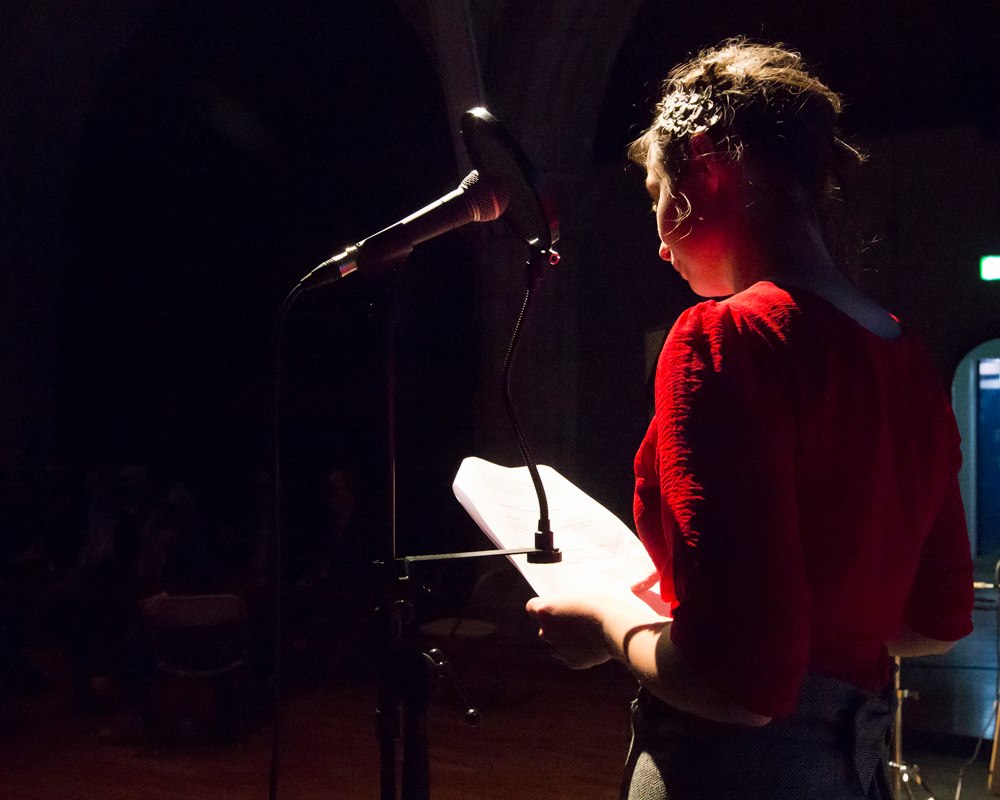 There were three performances including a very special "thank you" performance for the hard working voluntary crew. A special performance of Dark Delightful is planned for Winter 2016 so keep an eye on the News Page

Grey Heron created a very special aural experience for the inaugural HearSay Festival in November 2014. With both performances booked out well in advance, participants experienced live story-telling, audio treats, sonic explorations, and extraordinary foods in a theatrical whirl that played with memory and altered perceptions. In February 2015 we were asked to bring Dark Delights to NUI Galway for a special performance. 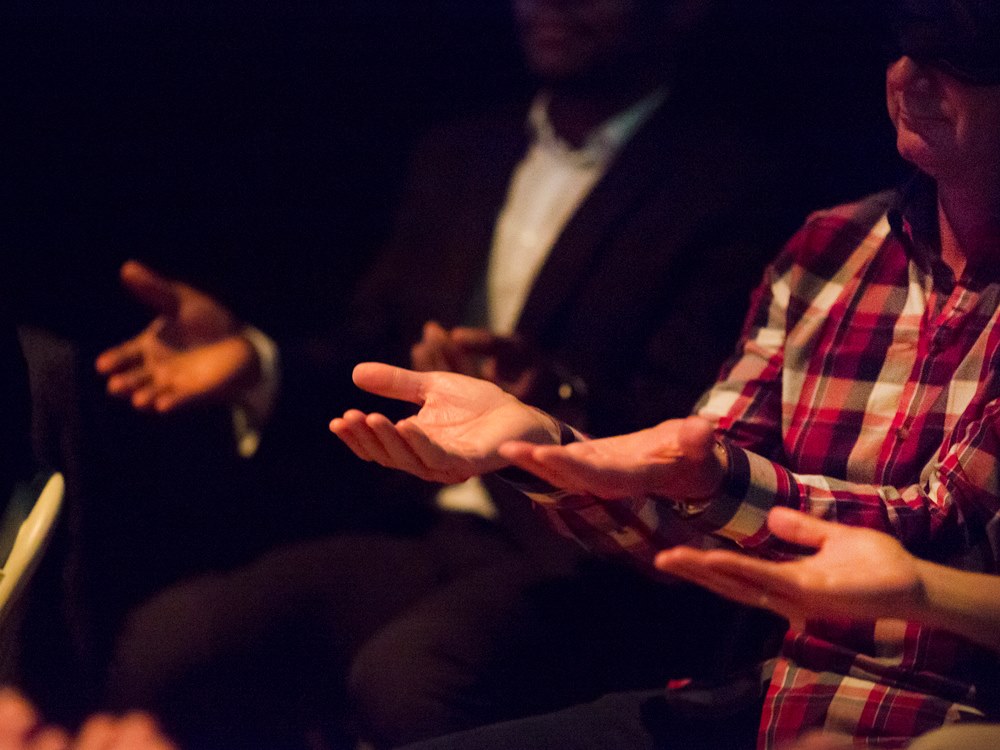 The final performance of Dark Delights was in the incredible Dance Limerick Space in Limerick City in July 2015 which added Patrick O'Brien of Windings and the artisan foods of Limerick to the heady mix. 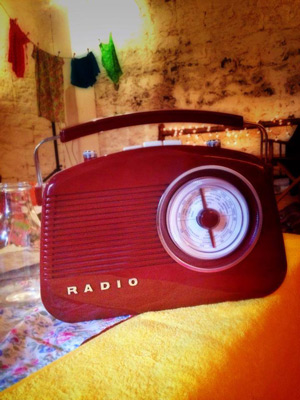 The Coach House at Culture House in Limerick City was transformed into a summer paradise of deckchairs and picnic blankets for the premiere of "We Bring the Summer" in September 2014 during the annual Elemental Arts & Culture Festival.

The work was a deeply immersive, meditative sound piece, specially commissioned by the environmental initiative, Limerick’s Buzzing, which evoked the soundscape of summer and memory to explore issues of extinction and the surround sound work was performed several times in the one day with participants stretching out on picnic blankets, with baskets and underneath summer bunting in a wash of soft lighting. It was an evocative staging which relaxed participants from their first smile on entering.

Grey Heron was commissioned by Ballyhoura Development to create a special audio work to mark the launch of "A Plan 4 Knocklong" – a community renewal initiative. The 8-minute piece blends actuality with chant and distilled interviews. The rhythms of the heyday and decline and tentative rise of the village are marked by swirls of voices, silences, repetitions, and solo voices speaking to the darkness.

"Knocklong" was informed by an intense collaboration with the Knocklong community in the months leading up to the performance. The piece was debuted in the dark in a packed community centre in November 2013.